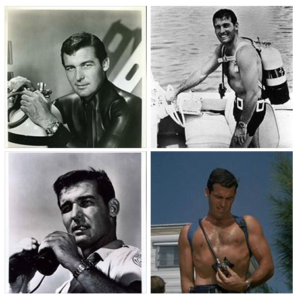 W. C. Fields is famously credited with this warning to all:  “Never work with children or animals.”

My Uncle Brian was more specific: “Never act with a fish.”

Let me explain. My namesake and my uncle, Brian Kelly, was an actor. He was a big reason why I do what I do today. He showed me that being an actor was not only possible, but also could be a viable profession. He gave me many tips and insights about the business I’m currently in, either explicitly or by example. However, the most memorable, if not best advice he offered was the aforementioned fish dictum. 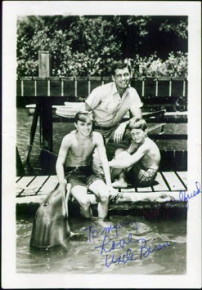 Brian Kelly — acting with a fish (and kids)

My Uncle Brian’s biggest role was on the beloved ’60s TV show FLIPPER. You remember, the one with the dolphin? If you do remember, you’re my age or older. If you don’t remember, imagine a weekly show set in Florida where a dolphin helps a family get in and out of G-rated hijinks. You might even remember the show’s theme song… “They call him Flipper. Flipper. Faster than lightning…”  (Earworm. You’re welcome.) Uncle Brian was the father of a small family and his character’s name was Porter Ricks. I’m still not sure if “Porter” was some kind of seafaring title, or in fact, just a unique first name.

Don’t get me wrong, I’m sure my uncle loved his job. And truth be told, the quote I’ve ascribed to him may not have actually been uttered. But suffice to say, at the very least, I do recall a bemused eye roll suggesting more annoyance than affection when I asked him what it was like doing scenes with a dolphin. All the same FLIPPER was a huge break for him, made him a TV star and set him on a course for a film career and things beyond in the entertainment industry (later in his career he was pivotal in making the film BLADE RUNNER come to life and served as that cult classic’s executive producer). 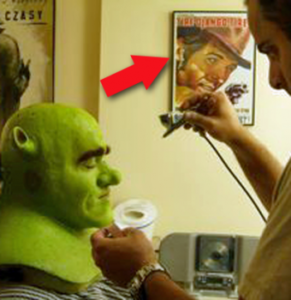 I think of my Uncle Brian often and in fact, I’ve taken to bringing a rare movie poster of one of his spaghetti Westerns with me to whatever dressing room I inhabit if I’m lucky enough to be in a Broadway show. He’s always close that way.

My uncle died a few years ago. He was a very kind, very funny, and very headstrong individual. At his funeral in Marina del Ray, California, where he made his home, I was struck by a story that was told that I’d never heard before. It goes like this…

When Flipper was shooting in Miami, Jackie Gleason was in full Florida swing producing his own shows there. It’s said he moved his production there so he could be closer to the golf course. At any rate, it seems that Brian Kelly and Jackie Gleason crossed paths down there more than once. For, as the story goes, Gleason liked to proclaim: “If I’m the King of Miami then Brian Kelly is the Prince!”

I love that story. The Prince indeed.

I’m happy to say that I’ve followed Uncle Brian’s advice and have never acted with anything remotely aquatic. So far. However, if it became necessary and I was forced to defy my uncle’s professional directive… I think he’d give me a pass. He’d understand. He was an actor, too. Sometimes you have to act with a fish.