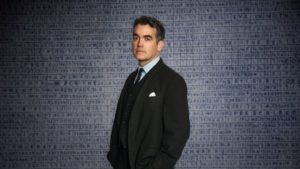 Airing August 1, Manhunt: The UNABOMBER is a Discovery Channel eight-episode special series centered on the hunt for Ted Kaczynski, who terrified the nation with a letter bombing campaign in the 1980s and early 1990s.

Brian will play Henry Murray, a professor of Kaczynski’s at Harvard University, who convinced his young students to participate in mind-control experiments supervised by the CIA. It’s believed that these sessions, which were psychologically brutal and lasted for almost a year, were responsible for effectively weaponizing Kaczynski.